Plastic Vs. Planet: How Can We Save the Ocean?

It is a well-known fact that the presence of plastics in the marine environment poses a hazard to ocean life. Plastics were introduced to the market in the 1950s, and worldwide manufacturing and ocean plastic trash levels have risen rapidly since then. Moreover, plastic is produced by a polymerisation or polycondensation process from natural resources; this includes cellulose, coal, natural gas, salt, and crude oil.

In this article, Plas-Pak, the leading plastic manufacturers in Australia are going to take a deep dive into the adverse effects of plastic, the future of plastic, and what we can do to help address this ongoing problem.

Plastic manufacturing has increased dramatically over the previous few decades, from 1.5 million tonnes in 1950 to 359 million tonnes in 2018. While overall production fell sharply in the first half of 2020 owing to the COVID-19 epidemic, it rebounded in the second half of the year. Now, 150 million tonnes of plastic are estimated to be contaminating the planet’s waters. Additionally, according to British sailor and environmentalist Ellen MacArthur, “leakage” contributes at least 9.1 million tonnes per year.

By 2050, there may be more plastic in the oceans than fish.

With the increasing numbers, it has been estimated that ocean plastic will reach 850-950 million tonnes by 2050, compared to global fish reserves of 812-899 million tonnes. We do not reuse nearly as many plastics as we might, which results in these materials ending up in landfills. The UN now claims that the outnumbering of plastic to fish will certainly occur if we continue at this rate of production and consumption. Perhaps the most egregious manifestation of a linear production and consumption system is the fact that only approximately 9% of global plastic is recycled; with around 12% was burned, while the remainder (79%) accumulated in landfills, dumps, or the natural environment.

Rivers transport plastic trash from the interior to the sea, making them a significant source of ocean pollution.

Major rivers operate like conveyor belts, collecting up rubbish as they flow downstream. Once in the oceans, the majority of plastic garbage is deposited in coastal waterways. However, if captured in ocean currents, it can be carried worldwide. Specifically, some rivers that carry these plastics include the Chang Jiang, Huang He, Indus, and the Nile.

Why is plastic so harmful to the ocean?

Each year, hundreds of thousands of marine creatures become entangled in plastic trash.

According to UNESCO, plastic waste in the water kills over one million marine creatures each year. Numerous pieces of plastic garbage have been discovered in the habitat of critically endangered Hawaiian monk seals, including pup nurseries. Fish, seabirds, sea turtles, and marine animals can become entangled in or consume plastic waste, which can result in asphyxia, hunger, or drowning. Entanglement in plastic trash has also resulted in damage and death of endangered Steller sea lions, with packing bands being the most often entangled item.

Scientists believe that 60% of all seabird species have consumed plastic, a proportion that they expect will increase to 95% by 2050. Like sea turtles, when seabirds consume plastic, it takes up space in their stomachs, occasionally resulting in hunger.

How can we address this problem?

The issue of single-use plastic bags:

What it is: According to research, half of the plastic discovered in the water are single-use items. The most effective method to minimize your use of such items is to avoid them completely. Straws, plastic bags, and utensils all fall under this category. Instead,  you should invest in and carry reusable alternatives, such as reusable shopping bags, produce bags, bottles, cutlery, and coffee cups.

Biodegradable plastic bags: Recent research has focused on biodegradable plastics (BPs) due to their potential biodegradability. The material is seen to be an effective way to address the issue of environmental plastic waste accumulation. Biodegradable polymers enable improved end-of-life disposal and recycling scenarios. Overall, they can significantly alleviate some of the strain on our current waste systems and the environment.

The production of sustainable packaging:

What it is: Numerous groups have since been advocating for increased collaborative, environmentally friendly efforts to maintain the world. Now, both businesses and customers are placing a larger effort into sustainable packaging. Sustainable packaging is the practice of sourcing, developing, and implementing packaging solutions with a low environmental effect and footprint. These materials include organic fabrics, refurbished products, and other plant-based biomaterials. In general, they are made of materials that are safe throughout their life.

What they are: Clean-ups help reduce the adverse effects produced by ocean trash and the dangers they pose to marine life. Volunteers for such activities can collect plastic bags, microplastics, textiles, or any other type of trash. Importance of beach and river clean-ups: The closer plastic gets near the beach or in the river, the more probable it will eventually wind up in the ocean. Cleanup programs remove trash off the coastline and guarantee that it is disposed of properly. Additionally, these activities provide volunteers with an opportunity to learn more about marine ecology. 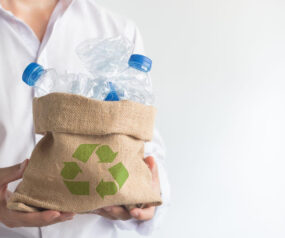 The Best Guide to Plastic Recycling, Reusing, and Repurposing 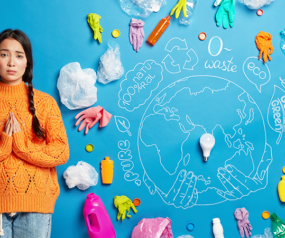 Using Plastics to Make a Positive Impact on the Environment

How is Plas-Pak Contributing to the Ocean’s Conservation?