Top Reasons Why Plastic Manufacturing is Helping the Economy

Plastics have played a pivotal part in supplying the majority of the socioeconomic benefits of modern living. Since the 1950s, their production has exceeded that of nearly every other material. The versatility of plastics allows them to meet virtually every demand from designers and customers, which is why we are here to explore their global impact on businesses.

In this article, we will be going over the top reasons why plastic manufacturing is helping the economy in order to give you a better appreciation of its contributions to our society.

What are the economic benefits of plastics?

Plastic is a very prevalent product that is essential to the success of numerous industries, including bottling, construction, and automobile manufacturing, to mention a few. Without plastic packing, fruits and vegetables would perish before reaching consumer refrigerators. Polyvinyl chloride (PVC) pipes are a vital building component that aids energy and water conservation by being leak-free and corrosion-resistant. Plastics assist enhance fuel efficiency in automobiles by making vehicles significantly lighter. Overall, 83.5% of consumer goods rely on plastic in some capacity.

Plastic has contributed to the economy during the past two decades not only through the production of new resins and applications but also through the rise in both mechanical and advanced chemical recycling. Advanced recycling may break down plastic into multiple components to produce new polymers and even fuel through unique chemical reprocessing.

The potential of plastics to offer, sustain, and create gainful employment extends to recycling, which is a positive indicator of where the industry’s employment footprint may be headed in the near future. Recycling, a more labour-intensive procedure than landfilling or incineration, creates up to 30 times more jobs than conventional waste disposal options. And as innovations such as better recycling technology increase the amount of recycled material, the plastics’ capacity to generate employment only grows.

Some sceptics argue that effective recycling of plastics necessitates using the material from one product to create additional bottles. They claim advanced chemical recycling is false because the end products consist of gases, chemicals, and other materials required to manufacture new plastic resins. However, all forms of recycling are economically viable and helpful to the environment.

In fact, according to a 2011 report by the Tellus Institute, almost 1.5 million new employment would be created if the national recycling rate climbed from slightly under 35 percent in 2018 to 75 percent. More than a quarter of the 6 million jobs that the Bureau of Labour Statistics anticipates will be created for the U.S. economy between 2019 and 2029. Instead of waiting passively for recycling rates to grow, the plastics industry is actively pursuing recycling objectives.

Thus, plastic generates substantial and sustained advantages during its entire life cycle. Many terrible events may have interrupted the employment of plastics, as it did with almost everything else, but this disruption was temporary. Adopting plastic recycling and adopting a more circular strategy will not only reduce trash and improve the environment but also contribute to the transformation of future employment opportunities for the people in need of a job.

How did plastics become the powerhouse it is today?

Plastic was initially defined as “flexible and easily formed.” It was only recently given the name polymers to help identify it as its own material. Polymer is a Latin word that means “composed of multiple pieces,” and polymers are composed of long chains of molecules. Polymers are abundant in the natural world. Cellulose, the component of plant cell walls, is a ubiquitous natural polymer.

Numerous polymers exhibit flexibility, although they are not identical. Nature has been creating enormous chains of individual units (life is encoded in polymers) from the very beginning through mechanisms that are intrinsically tied to human evolution. Using chemical reactions, scientists have figured out how to produce them on an industrial scale, allowing us to use the same building blocks plus a vastly larger set. The phrases poly-this and poly-that describe their nature and composition.

Plastics became a household term as they made their way into an abundance of commonplace objects. The properties of the synthetic polymers in our lives are also described: plastic, rigid, and elastic are the most common, but the list also includes electroluminescent (such as EXIT signs), hydrophobic and oleophobic coating (non-stick cookware), insulating (electrical wiring), and biocompatible (artificial skin). All of them are polymers. Most exhibit plasticity, while some do not.

Together with the development of the modern petrochemical industry, our knowledge of assembling large molecules, particularly which small units to join, has expanded. And while these building blocks can be derived from various sources, more than 90 percent of synthetic polymers are derived from fossil sources. Their synthesis requires a sequence of reactions that have been tuned for yield, selectivity, and robustness – but most importantly, for scale.

One significant petrochemical substance, ethylene, is the king of adaptability via engineering. The majority of synthetic polymers known today are derived from abundant ethylene, which can be obtained from petroleum, natural gas, or sugar cane. The costs and dependability of generating contemporary materials depend heavily on scale. Most other sources are irrelevant without the scale we’ve attained in the conversion of petroleum and gas.

Due to the qualities of polymers being defined by their composition and structure and not by their source, the same polymer will behave identically whether it is derived from oil or a renewable source such as sugar cane. Regarding their recyclability, these raw materials possess the same characteristics. And both processes can result in biodegradable or biocompatible polymers.

In order to improve the performance of these homogeneous materials, a few often-overlooked but crucial changes occur at or just before part fabrication. Incorporating additives (colour, tactile enhancers, stiffeners, antimicrobials), stacking (to combine the qualities of multiple films), and metallization or surface modification are a few examples (to allow coating).

As the years rolled by, the application of plastic, as well as its complexity, has dramatically increased. After undergoing these alterations, plastics exhibit a variety of performance qualities (e.g.,zip lock bags are light, flexible, and nearly impervious to moisture, air, and bacteria; it is also chemically inert, thermally sealable, and affordable). Furthermore, these qualities are associated (for example, reducing chemical inertness to allow for degradation compromises the integrity of the product). At this interaction of characteristics, numerous technological obstacles exist to upgrading materials.

Countless lives are saved by the applications of plastics in healthcare, ranging from complex medical gadgets and artificial organs to tubing, syringes, and anti-malarial mosquito nets. Plastics have substantially assisted the expansion of renewable energy sources such as wind turbines and solar panels, while lightweight materials have improved the energy efficiency of transportation.

How did plastics become a topic of controversy?

As garbage concerns developed during the 1970s and 1980s, plastic’s reputation declined. Plastic became a controversial target because, despite the fact that many plastic objects are throwaway, plastic remains in the environment indefinitely. The plastics industry proposed recycling as a possible option. In the 1980s, the plastics industry pushed municipalities to collect and treat recyclable materials as part of their waste management systems.

However, recycling is not flawless, and the majority of plastics continue to wind up in landfills or the environment. Activists seeking to eliminate single-use, disposable plastics have targeted grocery store plastic bags, and several American communities have already implemented bag bans. The Great Pacific Garbage Patch, which has been described as a Texas-sized swirl of floating plastic rubbish in the Pacific Ocean, has become the ultimate image of the problem of plastic waste.

Plastics’ tarnished reputation has been exacerbated by rising concerns about their possible damage to human health. These concerns centre on the additives (such as the much-discussed bisphenol A [BPA] and a group of compounds known as phthalates) that are added to plastics during production to make them more malleable, resilient, and transparent. Some scientists and members of the general public are alarmed by the evidence that toxic chemicals seep from plastics into our food, water, and bodies. These substances can damage the endocrine (or hormonal) system in extremely high dosages. Particularly concerning to researchers is the impact of these toxins on children and the implications of their continuous buildup for future generations.

What is the future of plastics?

Despite growing scepticism, plastics are vital to modern life. Plastics enabled the creation of computers, cell phones, and the majority of life-saving medical advancements in the twenty-first century. Since they are lightweight and insulating, they help conserve fossil fuels required for heating and transportation. Most importantly, cheap plastics boosted the level of living and increased the availability of materials. Without plastics, many of the items we take for granted would be inaccessible to all but the wealthiest elites. Plastic has made many of our goods cheaper, lighter, safer, and more robust by replacing natural materials.

Since it is evident that plastics play an essential role in our lives, some scientists are working to make plastics safer and more environmentally friendly. Some innovators are developing bioplastics, which are created from plant crops rather than fossil fuels, to generate substances that are more eco-friendly than traditional plastics. Others are striving to develop 100 percent biodegradable plastics. Some innovators seek to establish a technology that turns plastics back into the fossil fuels from which they were derived to improve recycling efficiency. All of these innovators acknowledge that plastics are not ideal but that they are essential to our future moving forward.

Recycling techniques, such as advanced recycling technology, repurpose plastic to create valuable products for various sectors in the industry. For instance, researchers at Washington State University have devised a method for converting polythene, which is generally used to produce soda and water bottles, into jet fuel components. In addition to transforming an ordinary plastic into a complex substance, there is an added benefit. Researchers believe it is possible to make jet fuel from plastic using biomass and carbon capture technology.

This might replace the current reliance on fuel production on emissions-heavy crude oil refining with a low-carbon, sustainable alternative. All of this thanks to plastic. To maintain the benefits of plastics without harming the environment, we must understand how to handle them. With proper management, a new plastics economy will achieve maximum production and value retention while reducing the adverse environmental effects that their current systematic misuse causes.

The conclusion on the economic benefits of plastics is that they are undeniable. From employment for your neighbour across the street with a necessary recycling job to one day fuelling the aircraft home for the holidays and stuffing the cushion on a hotel pillow during a business trip, plastics not only contribute to the functioning of the world but also to its improvement.

Looking for a trustworthy plastic manufacturer?

If you are looking for a reliable business partner for plastic product manufacturing, then Plas-Pak is the team you’ve been looking for! Plas-Pak is a proud Western Australian-owned and operated company. Since 1982, we have been manufacturing premium plastics from our Perth facility. We specialise in the manufacture and distribution of rigid plastic packaging, and plastic engineered components, all fully compliant under the Hazard Analysis Critical Control Point (HACCP) certification rules. Our product range services a variety of industries — from food and pharmaceuticals to agri-chemical and mining.

Our manufacturing facility in Perth spans 4,500 square metres and provides full-service plastic packaging and injection moulding. This includes everything, from concept and design to manufacturing and delivery. As one of Australia’s premium plastic packaging suppliers, we maintain a strong focus on innovation and sustainability. This progressive thinking has seen us grow our customer base across Australia and New Zealand.

The Different Types of Recyclable Plastics 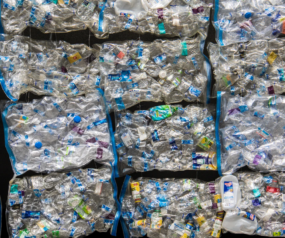 Recycling Vs Banning: Which is the most effective solution to plastic waste problems? 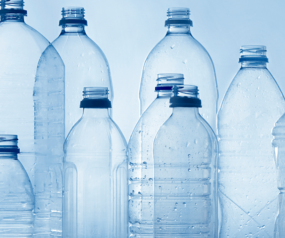 What Is The HACCP Approach For Packaging And Food Industry Businesses? 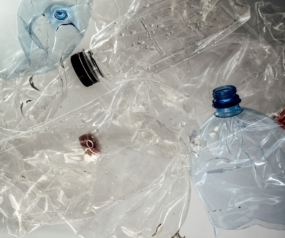